我十一 Wang Xiaoshuai, China/France, 2011, 110 min Sixth generation director Wang Xiaoshuai presents a stylish look at semiautobiographical events through the eyes of 11-year-old Wang Han. The boy’s life in a small village during the late stages of the Cultural Revolution is filled with family life and playing with friends. However, when the boy’s precious […]

Isamu Hirabayashi, Japan, 2011, 8min The triple disasters of 3/11 in 2011 get a homage in this meditative animation. Eija Niskanen   Notice, when buying 5 or more tickets, it’s cheaper to buy a voucher first.

サイタマノラッパー Yu Irie, Japan, 2009, 80 min Ikku, Mighty and Tomu live in Saitama, not exactly the coolest places to get involved in a wanna-be rap star lifestyle. But try they do with their freestyle rap band Sho-Gung. Yu Irie, who gained the Grand Prize at Yubari Fantastic Film Festival with this film, grew up […]

방독피 Kim Gok, South-Korea, 2010, 123 min Fear is spreading in Seoul when a serial killer with a gas mask stalks the streets during nighttime. This experimental South Korean horror satire has the weirdest characters of the genre. Twin brothers Kim Gok and Kim Sun take the viewer along on a strange trip to the […]

Borgy Torre, Philippines, 2009, 19 min Bonsai tells the story of Romy, an obese, insecure security guard who attempts to capture the attention of her neighbor Daisy, an ambitious laundry woman, and hopefully make her fall in love with him. The film explores insecurity and the distance one is willing to go through for love. […]

寶米恰恰 Yang Yi-Chien & Jim Wang, Taiwan, 2012, 110 min It’s hard to tell apart identical twins Mini and Poni, but they themselves know they are two very different persons. The girls ponder questions about their individual identities when two male suitors push them to come to terms with growing up and growing apart. A […]

The Chef of South Polar

南極料理人 Shuichi Okita, Japan, 2009, 125 min Nishimura has a difficult task ahead of him: to cook for seven eccentric scientists living in isolation in Japan’s Dome Fuji Station in South Pole. You can almost smell the lovely scent of just-made onigiri when he works his magic and caters for both the body and the […]

夢売る二人 Miwa Nishikawa, Japani, 2012,136 min Miwa Nishikawa already depicted human nature’s tendency to cheating and deceiving in Dear Doctor. Now she turns her eyes on couple dynamics in this tragicomedy: an izakaya pub, owned by couple Satoko and Kanya, burns down. The two come up with an inventive plan to collect money from lonely […]

フラッシュバックメモリーズ３D Tetsuaki Matsue, Japan, 2012, 72 min Tetsuaki Matsue is one of the most interesting contemporary documentary filmmakers in Japan. In this portrait of musician GOMA he skillfully uses 3D technology to present simultaneously GOMA’s recent live concert, and to delve into the fading memories of yesterday. Eija Niskanen Director and Screenwriter: Tetsuaki Matsue. Production: […]

ハンドソープ Kei Oyama, Japan, 2008, 16 min The awkwardness of puberty has rarely got a more insightful treatment than in Oyama’s animation. Eija Niskanen   Notice, when buying 5 or more tickets, it’s cheaper to buy a voucher first.

In a Pig’s Eye

わからないブタ Atsushi Wada, Japan, 2010, 10 min A huge pig lies by a house. The family of the house go about their everyday life, pretending to ignore the pig’s existence. Eija Niskanen   Notice, when buying 5 or more tickets, it’s cheaper to buy a voucher first.

สาวคาราโอเกะ Visra Vichit-Vadakan, Thailand, 2013, 75 min Sa is a 23-year-old escort girl and karaoke bar hostess. She left her rural village to work in a factory in Bangkok, but switched to the lucrative sex work. Sa in infatuated with a regular of the bar, but will the man ever be able to date Sa […]

The Land of Hope

希望の国 Sion Sono, Japan, 2012, 134 min The everyday life on the Ono farm is going as usual, when a big earthquake strikes. Soon the Onos and their neighbors are separated by a no-go zone fence: the nearby nuclear power plant has exploded. Sion Sono has taken the 3/11 triple disaster of 2011 as a […]

Wen Hui, China, 2011, 75 min While searching for the memories that the rest of my family has forgotten, I found my third grandmother. She is my only living relative of my grandparents’ generation. She is my father’s aunt, my great-aunt, but no one ever mentioned her to me. Last winter I discovered her in […]

人食い山 Naoyuki Niiya, Japan, 2009, 28 min Naoyuki Niiya throws in every influence ranging from pre-war kamishibai to Edogawa Rampo and creates a hilariously horrible and exciting tale of an inspector, who gets lost on a mountain. Eija Niskanen   Notice, when buying 5 or more tickets, it’s cheaper to buy a voucher first.

แม่โขงโฮเต็ล Apichatpong Weerasethakul, Thailand, 2012, 60 min Thai director Apichatpong Weerasethakul has developed an original style, in which everyday realism and mysterious creatures, ghosts, past and present flow naturally side by side. The mellow phase, eternal flow of Mekong River and gentle guitar melody take us to a meditative, slow journey to the present floods […]

Joy A. Aquino, Philippines, 2010, 9 min This coming-of-age story of a boy shows viewers a glimpse of what it is like to remember as if you were dreaming, and vice-versa. Director, Screenwriter, Cinematographer, Distribution: Joy A. Aquino. Sound: Mark Laccay. Editing: Gerry Roxas. Music: Ado Ortiz. Production: Mariza Aquino, Robert Aquino, Erik Matti. Notice, […]

人山人海 Cai Shangjun, China/Hongkong, 2011, 95min A dark tale of vengeance sees quiet but determined Lao Tie set after the killer of his brother. Austere rural sceneries and the back streets of a Chinese metropolis play as background for the ever more physical progression of events. The story moves in the worlds of China’s less […]

Self Referential Traverse: Zeitgeist and Engagement

자가당착: 시대정신과 현실참여 Kim Sun, South-Korea, 2010, 73 min This wacky and perverse partial puppet animation boils over with political frustrations and baffling metaphors. Korean police force mascot Podori is at the center fighting various obstacles for his missing legs. The eccentric style of the film includes some rough and obtrusive visual and sound effects, […] 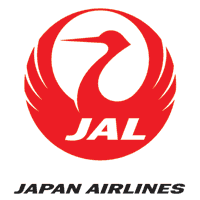 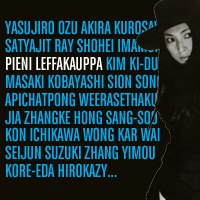 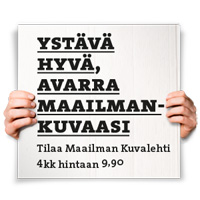 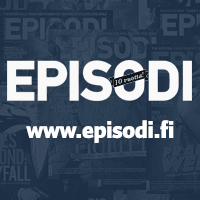 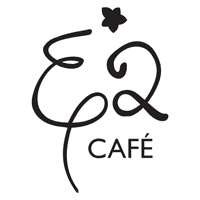